Which Streaming Stick Is Right for You?

A more recent development than many of us might think, the "streaming stick" is a device or accessory that can connect to your television and allow for the streaming of content. While other devices can do most of this, the streaming stick is generally much cheaper than its alternatives. It also often has a service built in that allows for a wide range of content (usually with a subscription fee) and is portable, so it doesn't take up valuable space in your living room.

It is easy to see why they became so popular. There are several sticks to choose from, which speaks volumes about their popularity but can also confuse potential customers.

We are here to help with that, both in determining what each stick is capable of and helping you choose a stick. We will not say that a specific streaming stick is the outright best, but with the information provided and knowledge of your priorities, you should easily be able to make the call.

While there might be additional sticks or variations of the sticks listed below, essentially, your choice will be from the main three (Chromecast, Fire TV Stick, and Roku Streaming Stick+). We imagine that tweaks to the content will occur, as will changes to apps over time. Additionally, new models might sprout up. However, that should not stop you from making a choice today and moving forward.

Some other sticks, such as the Apple TV 4K, while great for Apple fans, are also far too expensive for general consideration. There are also budget models to consider, but a difference in $20 below our general price point is not worth the loss in features in our eyes, and saving up just a bit more makes all the difference.

Nonetheless, here is a brief overview of what you will likely choose from:

Chromecast has been around for a little while in various incarnations, with quite a bit of functionality on top of streaming. The 2020 Chromecast with Google TV remains a popular choice for many reasons. 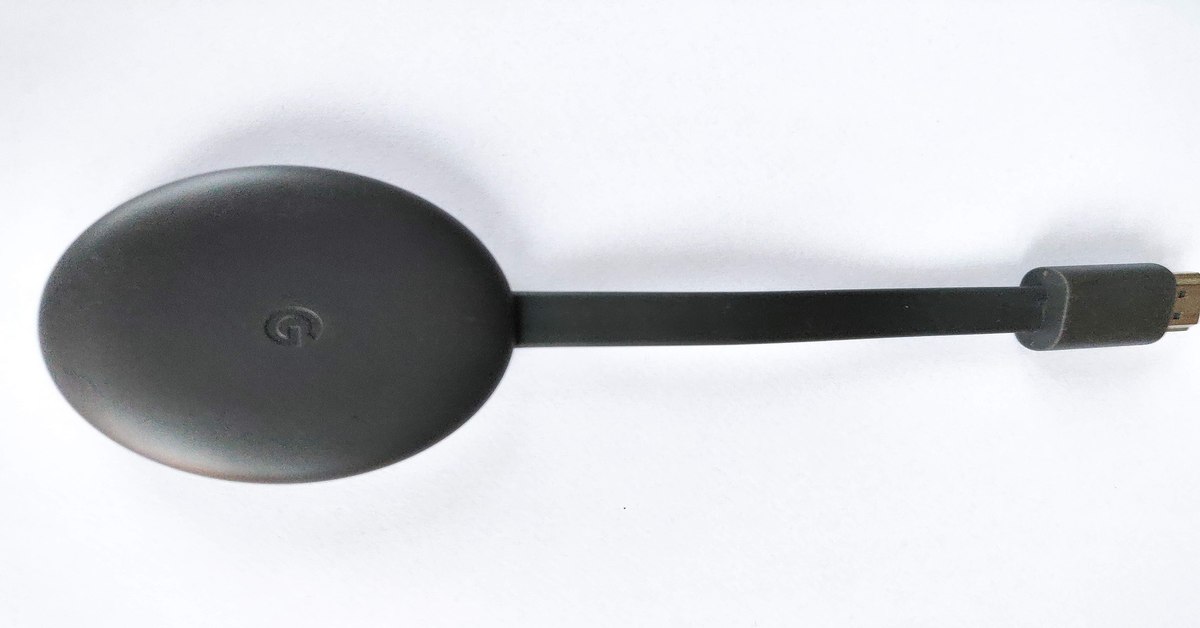 Image: By Spisen - Own work, CC BY-SA 4.0 via Wikimedia Commons

The first among these reasons is that Chromecast is the clear leader in streaming whatever content you like from other devices. With Chromecast and the Chromecast app, you can treat your TV as an extra (and better) screen for whatever device you happen to be using, allowing you to work with streaming services and videos not natively found within the Chromecast architecture.

The latest Chromecast allows for the streaming of 4K content and uses an onboard Android OS to ensure a sense of familiarity for users. Google Assistant is built-in to the device, and the remote is compact and simple. With Chromecast, the potential content library is also huge, and Google's ability to pick out relevant content for you is second to none. There is no reason to consider that Chromecast is going anywhere, and it's unlikely you will regret having this device in your home.

Another longstanding device adopted into many households, the Fire TV Stick (in this case, we are looking mostly into the Fire TV Stick 4K), can keep everything together in one place, at least for Amazon users. Just adding some channels via a subscription will make watching what you want easy. 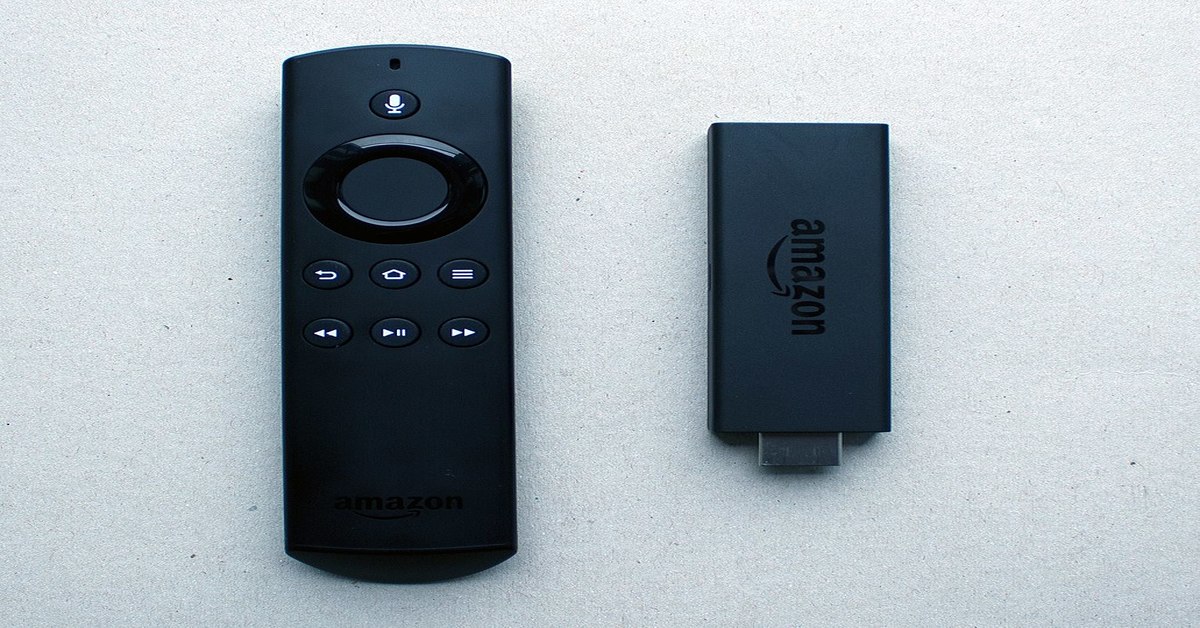 On top of that, the Fire TV Stick has all the functionality you might expect from a streaming stick, and as such, can handle 4K content (as the name implies), practically any streaming service (Netflix, Hulu, and the like), and do so with a minimum of difficulty.

While the fire stick is affordable and certainly gets the job done, we cannot say that there is much about it that particularly stands out or does that other sticks do not. However, while we do not necessarily endorse such actions, jailbreaking the device may allow for added functionality and installation of apps that add more potential content and options.

The Fire TV Stick is compatible with Alexa to allow for extra functionality, and the voice remote is easy to use.

One of the biggest names in streaming sticks, the Roku Streaming Stick+ is one of the best products from Roku, allowing for some of the best performance with minimal cost. Easy to use, with the device updating automatically and setting itself up exceptionally easily, the Roku can be an excellent choice for first-time users and those who prefer not to deal with technology. 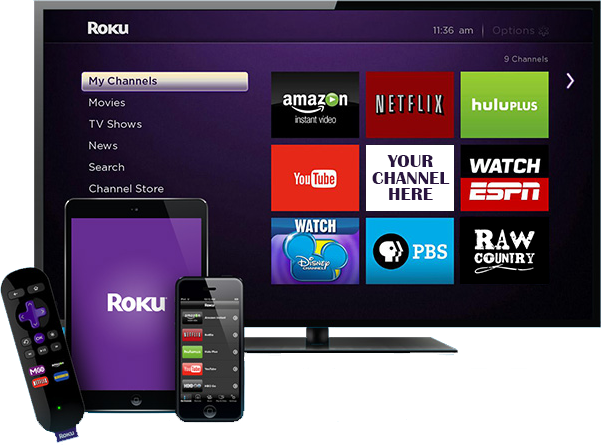 In terms of functionality, the device is capable of 4K streaming and, by default handling any resolution less. It has the wireless receiver to do so (although you will still need a decent internet connection) and has an interface that allows you to find 4K content more easily.

As far as other content, the Roku Channel itself has a wide variety of content, with both free and premium options. Just looking at the free streaming options will thoroughly entertain some households, which is an amazing investment for only $50.

The Roku Streaming Stick+ comes with a voice remote that works much like a TV remote, making you feel right at home. It is also compatible with Alexa, Apple HomeKit, and Google when it comes to voice commands, which means the device can fit into a greater variety of households than many competitors.

Now that you know a little bit about the major players, here are the things you might want to compare, as well as some advice on how to think about the issue:

If you are considering a streaming stick, the price might be an important point for you, both in terms of the cost of the device itself and the monthly cost for any services you might sign up for. We picked out three sticks for around $50, a fair price for any streaming stick.

However, we would advise with the price to consider what you are using the streaming stick for. Is it a television service replacement or a supplement? If you plan on using only your streaming stick for watching TV, then signing up for larger packages and a few extra streaming services makes sense and will not break the bank. Otherwise, it might make more sense to try and carefully pick out a few services to use with the stick and stay closer to the stick's defaults and what free content you can muster.

Another note is that while prices might be transparent at a base level, streaming sticks can often go on sale, shifting the base product's balance. If you are willing to spend a lot more money, you might want to forego the streaming stick and go with a streaming box instead.

However, there is also the matter of the content, which is the most important thing to most people. What is the point of a streaming stick if you do not like any of the content you can watch?

We clearly don't know your tastes, so we cannot say which stick is best for you. Instead, we can tell you to check to see what is available and where your interests lie. Perhaps you already have a few programs that are must-haves for you or are at least interested in. We can tell you that streaming sticks will stick closer to the content their creator focuses on. Amazon will lean you towards Amazon, and so on.

Something to keep in mind about the content, however, is that it can change. There is no guarantee that what is available through one stick today will be available a year from now or even months from now. There are, however, usually mainstays that you can rely on, and there will always be some form of content holding.

What Streaming Services are Available?

Something else that is notable about streaming sticks and streaming services is that you can usually make up missing services through the use of screen mirroring, either through your phone, tablet, or another device. If you want to watch something on your television set and have a device that can play it, you can probably make it work so long as your home network is good enough.

How do you feel about the user experience that comes with each streaming stick? While this might be an afterthought for many, and most people will be happy with whatever type of interface is provided, there is a difference between them all. A poor experience can dissuade you from using the streaming stick even after you have paid for it.

Furthermore, there is a matter of presentation and how easy it is to take in information. You want to balance there being enough info to satisfy and there being not so much that you cannot make heads or tails of it. What makes for a good presentation is a matter of taste, though everything should be clearly labeled and easy to navigate. We suggest you try and find pictures or examples online of how they work and choose from there.

This is a difficult thing to talk about for the most part, as the applications will continuously change their lineups and presentations. What might be correct today might be completely wrong in a few weeks, so instead, we will talk about some of the major trends we have discovered:

While these can change over time and by exact model, each major streaming stick manufacturer has a few things to offer that we wanted to pay special attention to.

While they might have been mentioned before, we wanted these features to stick out clear as day for you. They may or may not be the deciding factor, but they make each stick unique and expand their functionality.

What About Multiple Sticks?

If you have the money, you might be considering getting multiple sticks just to experience the full range of content. While we will not stop you if you have money to burn, we would not recommend this course of action, as most sticks allow for access to most of the content that would be available anyhow. Most people simply do not have the time of day to watch everything.

Additionally, depending on your TV model, you only have limited USB slots, and having multiple sticks could make things more technically confusing. You do not want to make more work and confusion for yourself when you are trying to relax.

If you have people close by that have a different stick or account, perhaps family members, sharing with them might be able to get you everything you are looking for. Switching off every month or so might allow you to catch your favorite show on another service, assuming on-demand content is available.

Every streaming stick listed here will work fine with most entertainment setups (at least those that would consider a stick in the first place). The real test is figuring out what content is best for you and what you are willing to pay for the stick and related services. There is no right choice, just the right one for your household. Whatever your final choice, we hope that the above information has pushed you in the right direction, and you can enjoy your favorite programs without a hitch as soon as possible.