The 8 Most Popular Cable TV Shows of the Last Decade

The 2010s were an amazing year for cable television, with many calling our current time the golden age of television. In fact, with all of the excellent shows available, there might have been some that you entirely missed in spite of their popularity. So now that the new decade has just begun, we thought it would be a great time to review the brightest and most popular shows of the last, in part to inform and in part to shamelessly invoke nostalgia.

Below we’ve listed eight of the most popular shows that have aired on cable TV over the last decade, providing a brief description of the premise and some background information. We also included some notes on each in regards to who might want to check out or revisit the show, just in case you’re looking for something to watch.

So, without further ado and in no precise order, here are eight of the most popular cable TV shows of the last decade.

Based on the extremely popular comic book and spanning the entire decade, The Walking Dead helped to start the zombie craze of the 2010s and it’s one of the few surviving relics of it, even launching the spin-off series Fear the Walking Dead. The fifth season premiere is cable’s most-watched series episode, and even if recent seasons have experienced a ratings drop, the show is still more popular than the vast majority of other shows on the air. 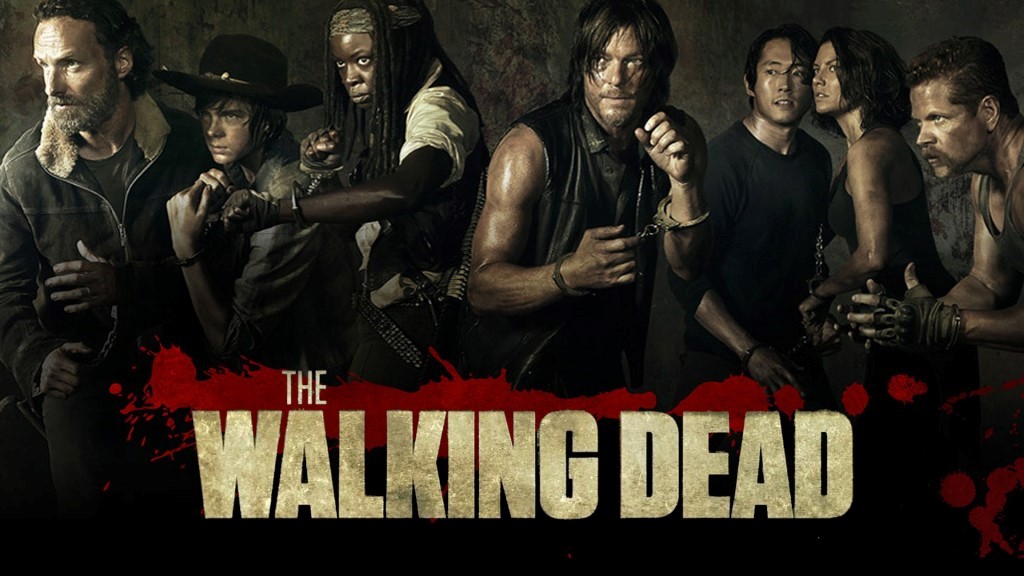 As for more details of the plot, the show starts with Rick Grimes, a sheriff’s deputy who is effectively the protagonist, awaking from a coma to a zombie-infested world, and in seeking a cure builds a core group of survivors around him that the show also follows. Going into any further detail from there would be providing unwarranted spoilers, but rest assured it takes enough twists and turns so that the show rarely becomes stale.

·      You haven’t yet gotten your fill of zombies, or people showing at times that they can be worse than zombies.

·      You are looking for a show filled with tension that doesn’t have its characters wear a full suit of plot armor protecting them from injury or death.

·      You want excellent, emotional, and flawed characters who are trying to do the best they can, including dangerous villains who were some of the best on television at the time.

Even people living under three layers of rock have heard of the acclaimed HBO series Game of Thrones (even if the last season was not so much a hit with the fans), which focuses on an ensemble cast of characters set in the continents of Westeros and Essos. There are several main threads, including who will sit on the iron throne, the dangers looming in the north, and other, more character-focused stories.

While to some it may sound like standard fantasy fare, even if a bit darker than usual, Game of Thrones takes everything up to the next level with spectacular production values, excellent acting, and building tension and a willingness to kill off characters that had people talking every week. Simply put, there isn’t enough room in this article to do it proper justice.

·      You’re ok with sex, violence, and darker themes in your fantasy stories. In fact, it’s better if you prefer things that way.

·      You’re looking for an epic story that lasts seasons and can take a while to build up.

·      You want to watch a good show and want to understand what all those previously confusing references and names were all about.

In some ways like Game of Thrones in how is gripped the nation with its storytelling, and dominant in its praise, it would be impossible to ignore the impact of Breaking Bad no matter how you consider television in the 2010s. This multiple award-willing series and crime drama set in Albuquerque, in case you need a refresher, is about Walter White, who after a cancer diagnosis turns to creating and selling crystal meth. As he continues, he becomes more involved in the criminal world, and, to avoid spoilers, changes significantly as a result.

The other interesting fact is that while the show started in 2008, it was in the 2010s that the show truly took off, with later seasons getting multiple times more viewers than the first few, as critically acclaimed as they were. Word of mouth spread and people caught up with the show online to watch it live and discuss it from week to week, to the point where the finale became one of the most-watched events in the history of cable television.

·      You haven’t yet, and your friends have been bothering you to get to it already.

·      You want to watch one of the most acclaimed series in the history of television, complete with acting, directing, and more that many people consider to be some the best to ever hit the small screen.

·      You enjoy long and complex character arcs, and stories that put characters into tense situations.

There are quite a few USA original shows that could be considered as one of the most popular cable programs of the last decade, but Burn Notice was one of the first and is generally considered one of the best. Following Michael Westen, a “burned” spy (effectively fired with nothing to their name) who, for several plot-related reasons, is stuck in Miami. Looking to find out what happened, Westen dedicates his efforts to finding out who burned him, why, and then clearing his name. 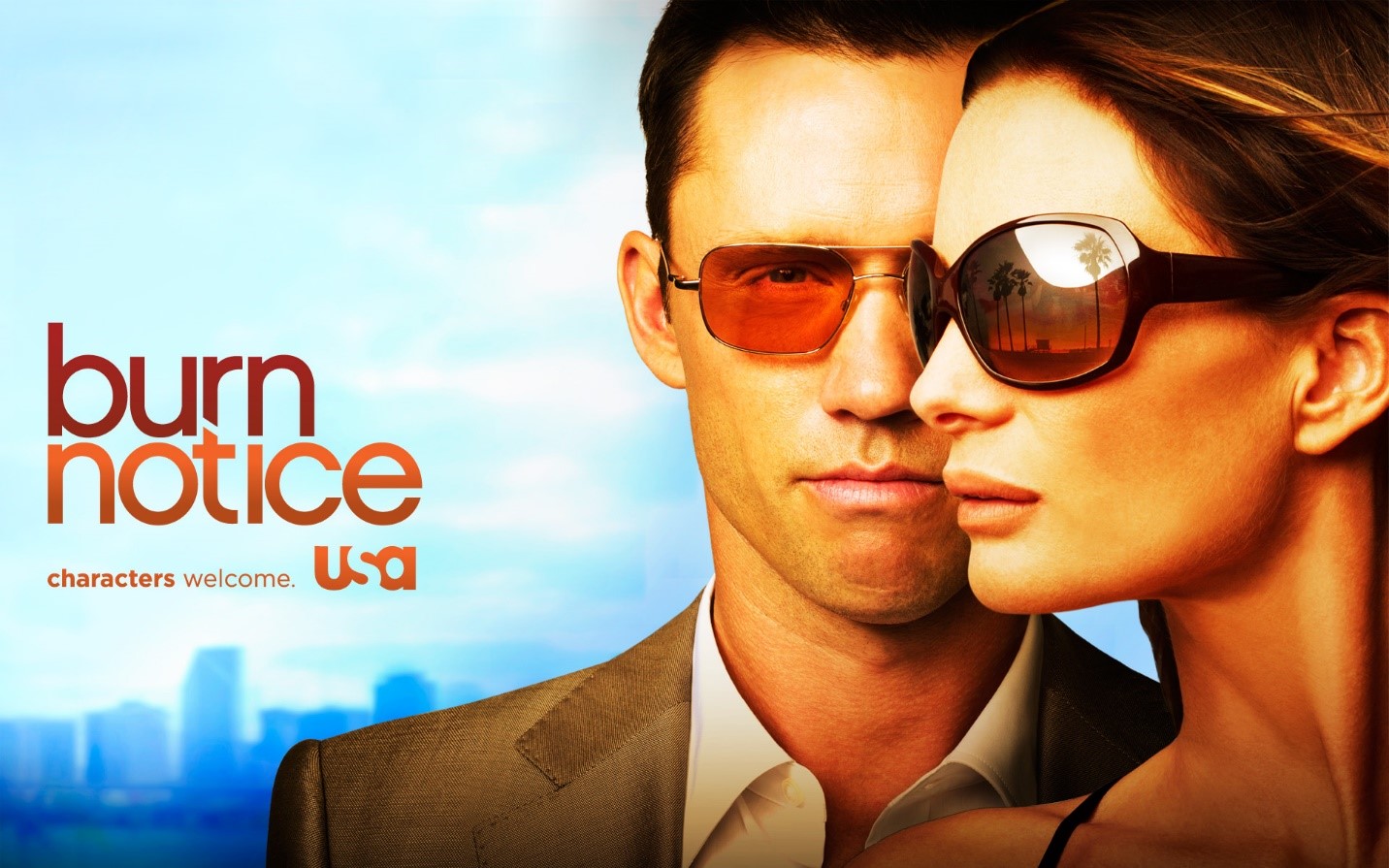 The show built a strong following outside of its live airings and lasted much longer than other series on the network. Mixing its ongoing plotlines with a problem-of-the-week format with narration and demonstrations of Michael’s (and his associates) skillsets, the show appeals to many audiences and in general ages well into the new decade.

American Horror Story is something of a unique option, both in the fact that it’s in the sometimes niche horror genre as well as the fact that each season starts an entirely new plot, even if they share some design aesthetics and many of the same actors among them. The show’s creators intend to create a complete story with each season, and based on results (millions of viewers each season), they have done just that.

While some may consider the show a little campy, others love the show for this very reason, and the excellent casting keeps you engrossed in the stories. We recommend watching a few season premieres to see what, if anything, draws you in, and if you’re curious about watching live, the anthology series has continued into the new decade.

Many shows have tried to surpass or even imitate Mad Men, but it still stands tall as one of the premier series of the last decade. Following Don Draper, a flawed yet compelling advertising executive and set mostly in the 1960s, the show explores gender politics, heavier themes of commitment and infidelity, and the changing norms of the turbulent time period. 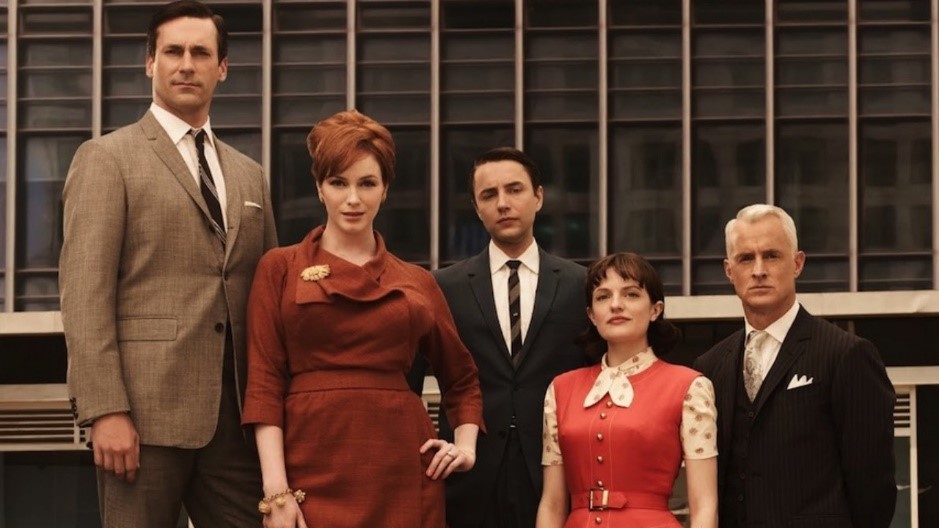 If you haven’t seen it already, you owe it to yourself check out this time and place and get lost in everything this show has to offer for a few episodes to see if it’s for you. It truly is one of the key harbingers of television’s current golden age.

At once a detective show and something so much more than just a detective show, True Detective is an anthology series that uses each season to tell a different crime drama story. For example, the first season followed a pair of detectives over 17 years as they worked on the case of a serial killer. That first season captured the attention of the country for a time, and the ratings quickly swelled as the show gained traction from word of mouth. Later seasons weren’t as popular but remained loved by millions and it is still some of the most popular television available.

·      You’re looking for an excellent series where you can watch the first season of (a complete story) over the course of a day.

·      You love mysteries, crime dramas, and shows that may sometimes take a turn towards the strange.

·      You want to appreciate an excellently made show that holds itself to high standards of production.

The always irreverent, even sometimes by the standards of the irreverent, It’s Always Sunny in Philadelphia, has been around for far over a decade now, reaching a record-breaking 14 seasons for a live-action sitcom. The show follows “the gang”, which is a group of dysfunctional friends that own and operate Paddy’s Pub, a bar in Philadelphia. Given that all of the main characters are highly unethical, deeply dysfunctional, and quick to get into conflict, the show roots itself in dark humor and crossing boundaries, remaining hilarious throughout.

With a smaller audience than some of the other shows listed here, the show has been popular for its network and on streaming platforms (as well as syndication) and is easily rewatchable either as a whole or with certain episodes.

This was only the tip of the iceberg when it came to popular cable TV shows that came out in the last decade. With some shows becoming full-fledged events, it’s easy to see that there are still possibilities for the future when it comes to extremely popular television programs in the future.

We can also come to experience popularity in different ways, due to DVRs, TV everywhere services, and more. We might see engagement online as a measure of popularity instead of raw viewership numbers, or a similar metric take hold in importance. Regardless, we hope that you found something new and exciting in the above list and that you’ll find something just as exciting from cable television in the decade to come.